Russian baritone Alexey Gusev graduated from the Rostov State Conservatoire with a degree in Master of Voice, Opera and Concert Singing.

Early recognition as an outstanding young talent led to his appointment as principal baritone at the Rostov State Opera and Ballet Theatre, singing all major baritone roles over a period of seven years. He subsequently joined the Astrakhan State Theatre before moving to the West to take up a scholarship for an MM (Opera) degree at RCS. During this period he took part in Masterclasses with Sir Thomas Allen, Dennis O’Neill CBE, Ann Murray DBE, Michael Chance, Karen Cargill and lessons with Simon Keenlyside and Vladimir Chernov.

Alexey has recently completed two consecutive seasons at Scottish Opera—2017/18 & 2018/19. For the company’s performance of Tchaikovsky’s Iolanta, he sang the role of Robert in a line-up of singers from the Bolshoi and Mariinsky Theatres. “Alexey Gusev’s Robert is impressive, and one to watch” theopera critic.com.

Summer Opera last season: Alexey made his debut as Marcello for Clonter Opera in a fully staged production by Harry Fehr. The Manchester Theatre Awards hailed him a “natural actor as well as a very fine baritone”.

An early start as a professional singer has gained Alexey extensive experience in staged productions. His roles include:

Alexey has recorded Russian songs with pianist Malcolm Martineau for the acclaimed series: Decades: A Century of Song Vol 3.

“This was singing at its sublime best, from an artist whose stage presence more than matched his impressive vocal ability" Julia Jones, Artistic Director, Llandeilo Fawr Festival of Music. 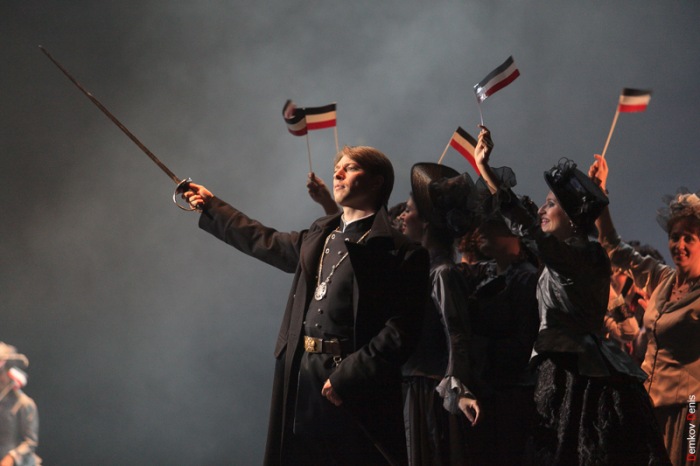 For his Scottish debut Alexey made a great impact as Napoleon and Andrey Bolkonsky in Prokofiev’s War & Peace, a co- production of the RSAMD in collaboration with Scottish Opera.

“in this show, Napoleon wins the singing prize, if not the war – a superbly mature performance by a young Russian baritone, Alexey Gusev.”
Richard Morrison, The Times 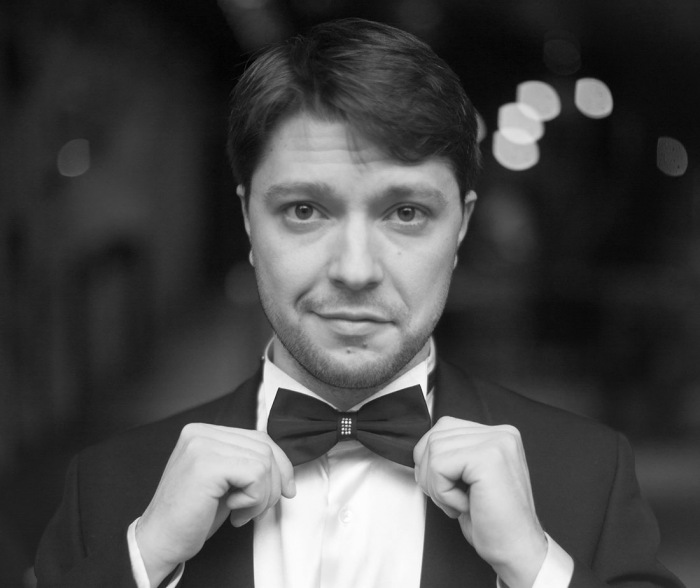